Among the arrivals to Norman Township in 1872 was John Swenson, who secured a homestead on section 4, where now stands the City of Canby. He erected a claim shanty and for the convenience of his neighbors, opened a little store in his cabin. In November of 1874, he secured the establishment of a post office at his store, which at his suggestion was named Canby, in honor of General E.R.S. Canby, who Modoc Indians in Northern California had assassinated the year before.

For nearly two years after the establishment of the post office, Canby was a “one-man-town” consisting solely of the post office and Mr. Swenson’s little store. However, in 1876 the surrounding country was receiving new settlers and the railway company deemed it time to begin the operation of train service over the western part of the line. Canby Station was established and on August 24, 1876, the Winona & St. Peter Railroad Company platted the town site. Because of its location on the rail line, Canby grew quickly and was incorporated as a village in 1879 and as a city in 1905. (From City of Canby Information Booklet, 2001)

Lots were sold by the railroad with the provision that they must be built upon within six months. Swenson was the first to buy, and he selected the corner of Front and Main for his first store building. 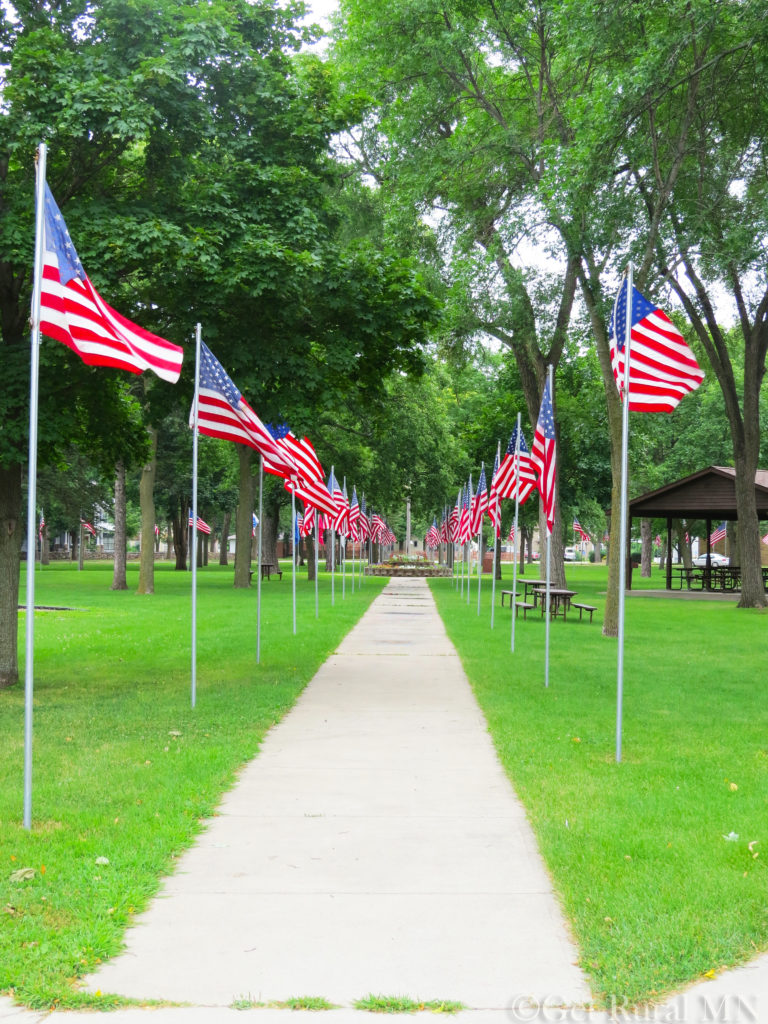 Grasshoppers, Indians and prairie fires were a big concern for Canby residents at this time. 1875 was the summer of the first bad grasshopper plague. The settlers tried everything they could think of to make them go away but the grasshoppers devoured every blade of grass, the leaves on the trees and even clustered on buildings. Indians were on everyone’s mind because of General Custer’s campaign in Wyoming. On June 25, 1876, 3,000 braves circled and killed Custer and his 277 troops. Not long after the battle, a band of about 100 Indians camped along the railroad track in Canby to trade furs for merchandise. Luckily, after doing their business, the Indians left. 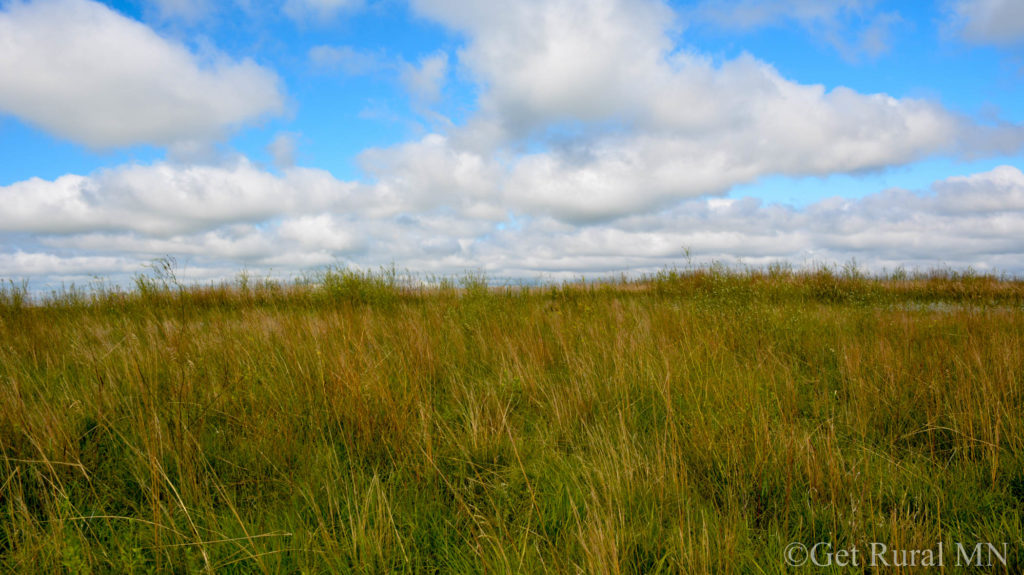 Firebreaks were plowed around the town and each farmstead because settlers were ever alert to prairie fires. In 1893 it wasn’t a prairie fire but a common daily task that started a fire in town. It began with filling a kerosene lamp from a tin measure. Fate and the wind were against Canby that night. After the flames had demolished every Main street store between the Swenson building and the bank, the wind switched and blew the heat and sparks across Main street to Block 3 where every structure went except for one.
A loss of $150,000 was reported but Canby built right up again and the structures were replaced with brick or stone construction. Because of the uniquely preserved architecture of these buildings the downtown area has been designated as a National Historic site. The corner piece of this district as well as the oldest building, which was not destroyed in the fire, is located on the corner of Highway 75 and 2nd Street.

The first sermon was preached in Canby in 1876, however, in 1879 the first regular religious service in the English language was held. The first school was started in 1877 and located on the second floor of a home. The Canby News was founded in September 1878; it was the westernmost newspaper on the railroad. The cost of Canby’s government in 1888-1889 was $5,898.12.

The new century saw a lot of change in Canby and all over the world. Businesses changed hands and many new ones were established. It was a time of amazing growth in Canby. In 1915, 50 new homes were built. It was a pre-war boom. Post-war also saw a lot of changes. In 1930 motorized power and electrical power were taking place. A count of businesses in 1940 found 157 business places in Canby.

In 1946, after World War II, there was again a shortage of housing in Canby. In 1947, 55 building permits were issued. The following years were all “building years” and showed a lot of growth for Canby.

The population of Canby showed its largest growth in the 1930’s and reached its peak in 1950.

Farmers have cultivated the area around Canby since the first settlers arrived in the middle of the 19th century. Farms and agriculture related businesses – both large and small, provide opportunities for various types of employment. Canby, realizing the importance of “farming,” continues to create new ways to promote the area’s farming industry to insure the community’s sustainability in the future. (City of Canby Information Booklet, September 1, 2001) 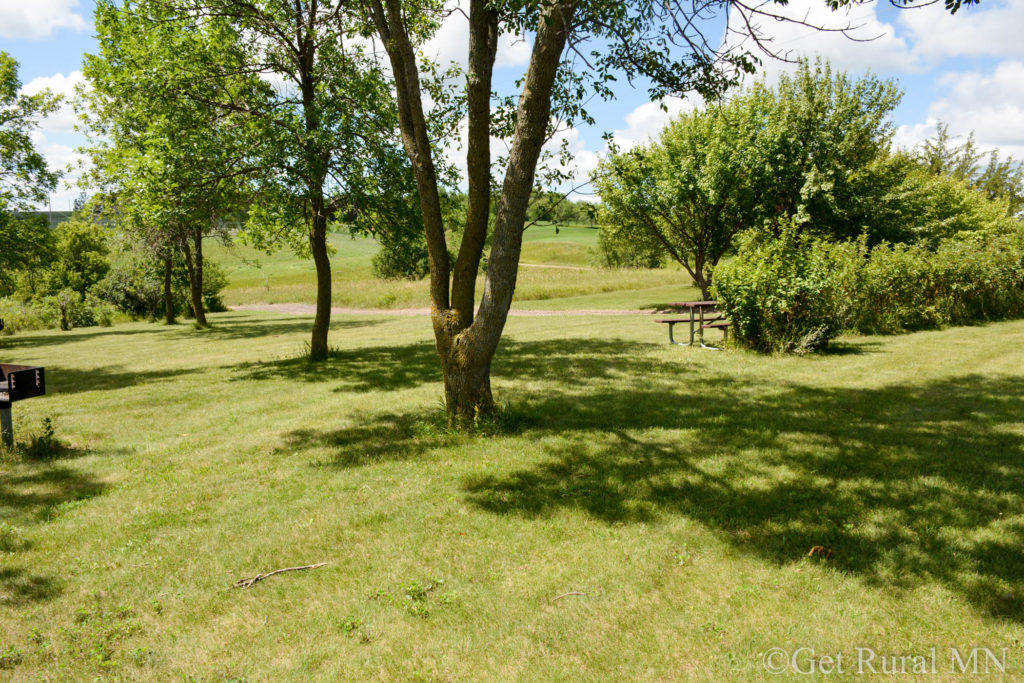